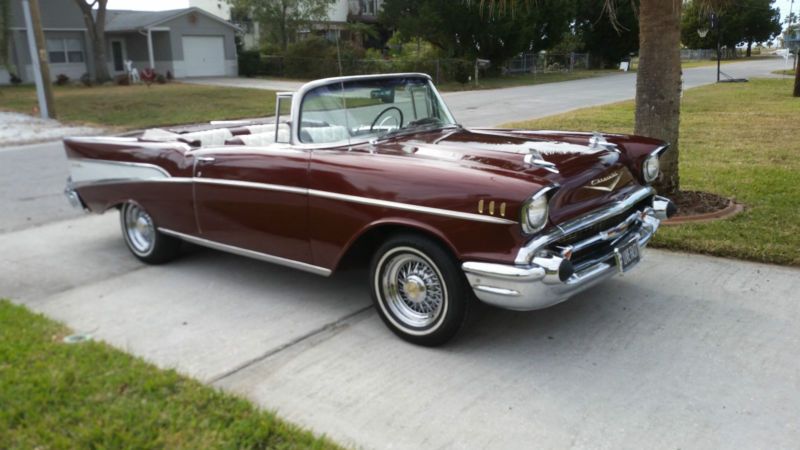 MY BEAUTIFUL 57 BELAIR CONVERTIBLE 50's STYLE CRUISER. 327 CU IN WITH ABOUT 2500 MI ON REBUILD, 4
SPEED HURST. NEW STOCK REAR END. POWER STEERING, POWER FRONT DISC BRAKES WITH SLOTTED AND DRILLED ROTORS, POWER TOP
IN VERY GOOD CONDITION. I DID IT CHROME STEERING COLUMN WITH TILT WHEEL. ALL GAUGES HORN, LIGHTS, BLINKERS, AND
SPEEDO WORK. NEW 15 IN TIRES WITH TRUE SPOKE WHEELS. NO VISABLE RUST. RUNS AND DRIVES GREAT. CAR IS SOLD AS IS.
RESERVE IS PRIVATE. VERY NICE DRIVER QUALITY CAR YOU CAN DRIVE AND ENJOY AND PICK UP A FEW TROPHIES AT YOUR LOCAL
CAR SHOWS.