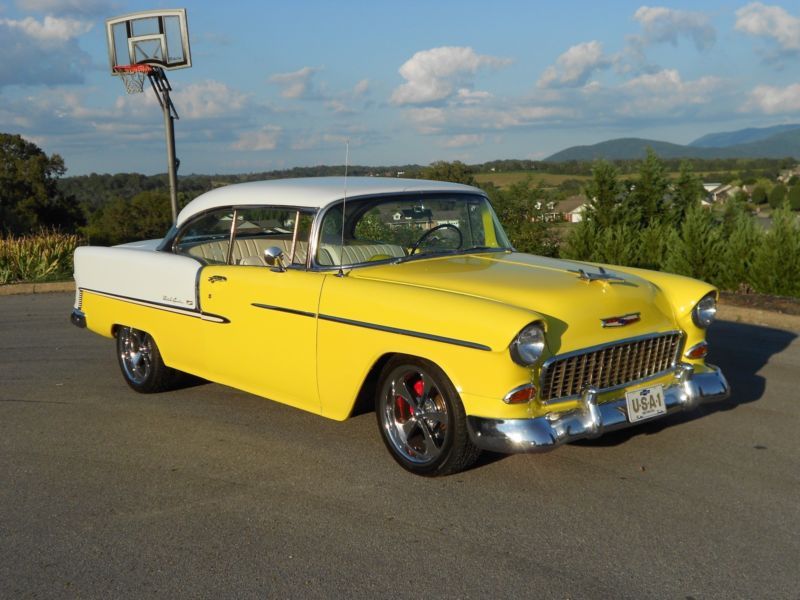 This is an older frame off restoration that always draws a crowd at the local shows & cruise ins. It's not a show
car, but is a nice cruiser that most people would be very proud to own. It has an Edelbrock 350 crate motor with
aluminum heads and 2X4s, stainless shorty headers with 2.25" pipes with 40 series Flowmasters, MSD distributor &
coil and an aluminum radiator, Tremec 5 speed and the stock 55 rear end. The frame, floor and all the braces & body
mounts are in excellent condition. The body bushings still look new. The frame is boxed and has QA1 front coilovers
and 2" drop spindles, Wilwood power front discs and a rear shock relocation kit. It rides on 18" Ridler wheels with
225/45& 275/35 tires.The interior features white leather stock bench seat and BelAir door panels, Classic
Instruments gauges, Vintage Air, Custom Autosound USA-5 stereo with amp, CD changer and 4 Polk Audio speakers