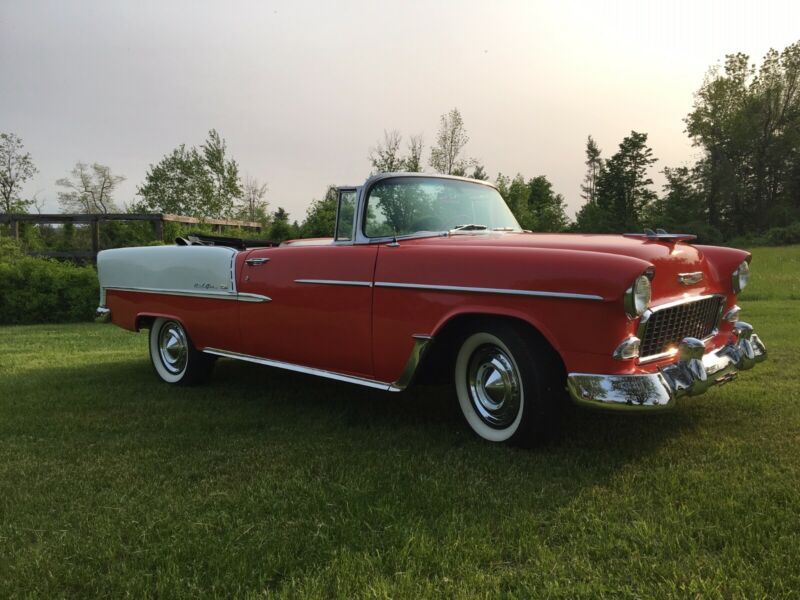 Up for sale is my 1955 Chevrolet Belair Convertible. Car is finished in Matador Red and India Ivory. Drive train is
a 350 four barrel V8 with a Flamethrower electronic ignition for reliability and the original rebuilt two speed
automatic power glide transmission. It has power steering, a power convertible top, and electric wipers. Interior
is factory red and white with Daytona weave carpeting. Driven summers only to car shows and special events. Tires
are Coker wide white wall radials. Car runs, shifts, and stops well in town and on the highway.