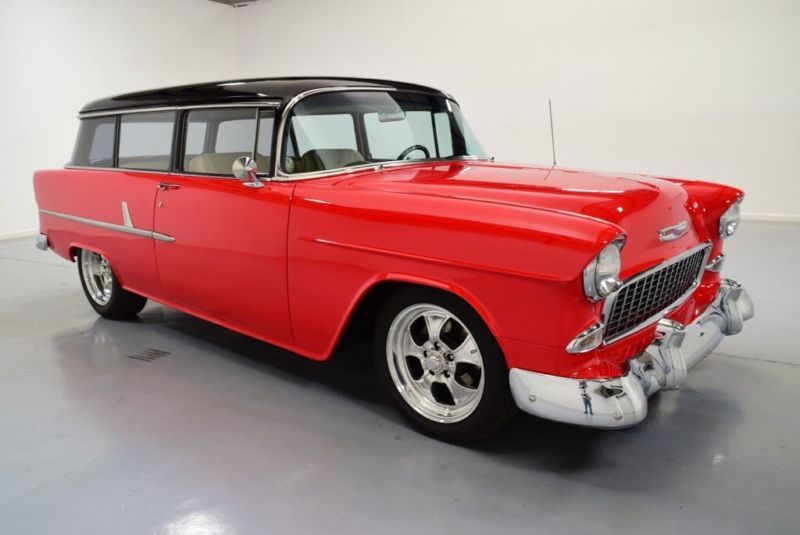 Small Block 350 V8 with air conditioning, power steering, power
brakes, disc brakes up front, dual exhaust, with automatic transmission. The inside has nice leather seats with
buckets up front, all digital dash for the gauges. Electric windows, CD player with drop down TV for the kids. The
car needs nothing and is a great cruiser. Drive it anywhere.