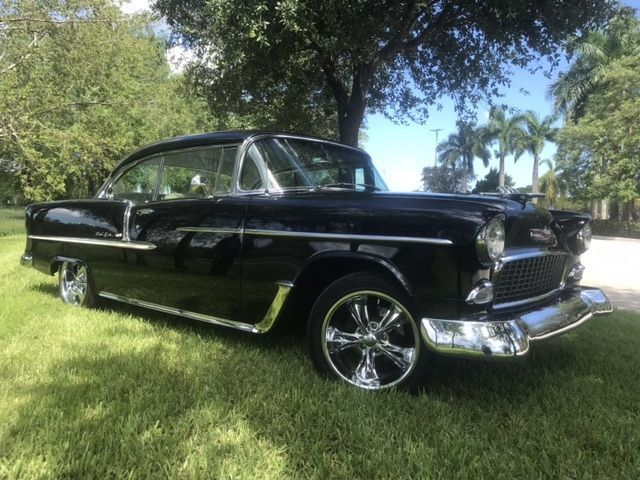 1955 Chevrolet Bel Air
Car is in outstanding conditions inside/out, no problems of any kind and drives as good as a brand new car, as it
has upgraded suspension and the interior is double insulated. Vehicle has a 350 chevy motor that starts with the
turn of a key, tranny is a 700R-4, as well as an upgraded Griffin Radiator that is like new and was not cheap.
Vehicle as well has front disk brakes, power steering, tilt wheel and LED upgrades in front and interior. Vehicle
has 17" Fuel Wheels and tires that are fairly new with about 80% of thread left in them. Wheels and tires were
purchased together as a set and in new condition. Vehicle got the whole interior done about two years ago including
new seats, upholstery, carpet and headliner.