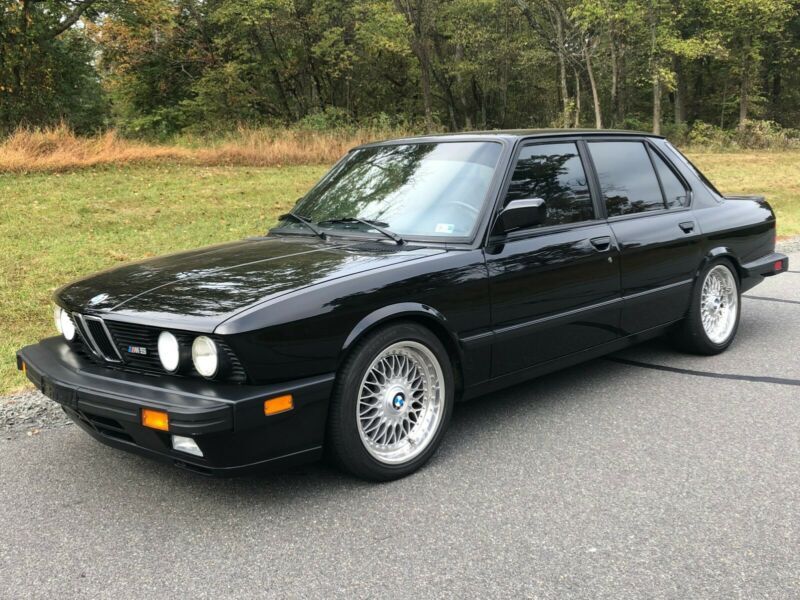 Selling my ‘88 BMW M5. This is a rust free survivor that is a great driver with lower miles. This one has the Tan/Natur
interior. Car fires right up with no hesitation and drives extremely tight - I own a few vehicles and do my best to
work this one into the rotation - usually driving it 3-4 times a week (I have a small commute) when the weather
permits. The S38 I-6 doesn’t miss a beat even 30+ years later. With the high heat temps we had this summer, the
car was great at staying cool - no temperature spikes. The 5-speed shifts nice with no grinding.

Paint is in nice condition for the age. There are chips to be noted but overall shows very well for the age. Has
original BMW glass all around. No cracks. Windows are tinted (previous owner did this and I haven’t had the
chance to remove - to each their own).

Original bumpers are fully intact with no modifications to the shocks. Car is always ready to be shown and be
driven.