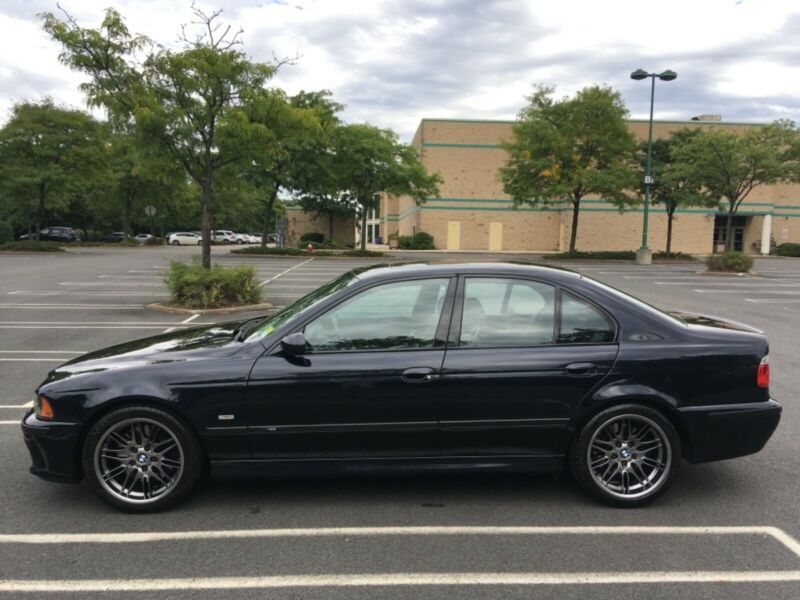 2002 BMW E39 M5. Recently refinished all 4 wheels to original spec and are all like brand new. Leather in the
interior is extra soft as part of the executive package. Everything works, A/C (was repaired), all window
regulators (one was repaired), etc. Car has new oil, filter, brake fluid and can be used immediately as no service
is outstanding. Car was always stored in a garage under car cover. I bought the car in 2014 with 49k miles and it
now has 63k miles as I’ve used it as a weekend car only. Color is carbon black, which is dark blue in BMW
language. Lastly, the car is 100% original and all OEM. There are no modifications or any after market parts.
It’s been adult driven and is exactly the same when it rolled off the factory brand new.