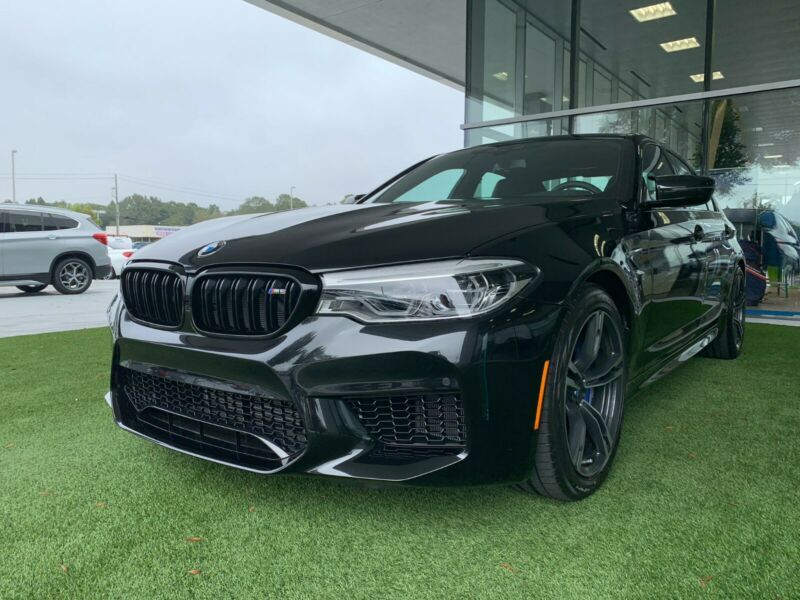 The weapons-grade M5 sports a twin-turbo 4.4-liter V-8 with 600 horsepower and 553 lb-ft of torque, making the M5
mighty quick. Some say the fastest four door sedan on the market. It launches to 60 mph in 2.8 seconds and snaps
off a 10.9-second quarter-mile time at 129 mph. This BMW has a high-tech drivetrain that can send 100 percent of
power to the rear wheels for pure rear-drive personality. Driving enjoyment is maximized here with lively and
direct steering, a well-controlled (borderline stiff) ride, and heroic cornering grip. That doesn't mean the M5
can't also do duty as a luxury sedan: In Comfort mode it cruises placidly and the cabin is whisper quiet.

Along with its unique exterior appearance and enhanced performance, the M5 has a unique leather interior with
supple and supportive sport seats. The driving position is optimized for performance-style driving, and BMW hasn't
gone the all-touchscreen route that many of its rivals have, so making changes to the air conditioning or adjusting
the radio during driving causes little distraction. The large infotainment display runs BMW's latest iDrive
software, sits atop the dash to the right of the driver's sightlines, and is controlled by a rotary knob on the
center console. BMW offers driver-assistance features such as lane-departure warning, adaptive cruise control,
blind-spot monitoring, and automated emergency braking with pedestrian detection as standard equipment. I have all
the keys, books, title in hand, original window sticker and probably anything else you are thinking I should have.