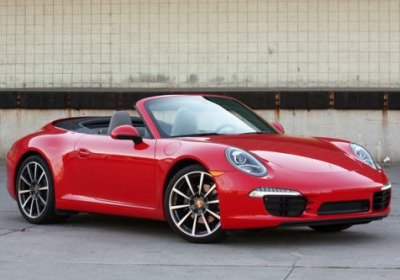 Porsche, though the National Highway Traffic Safety Administration, announced a voluntary recall on about 2,200 911 Carrera and Carrera 4 models built during the 2012 and 2013 model years. On cars equipped with the standard exhaust system it was found that the tailpipes could separate from the mufflers and become dangerous road debris; models that added the optional sport exhaust system are not included in this recall.

Affected vehicles were built between March and November of last year, but there have been no reports of the problem on any customer-owned vehicles. Porsche first noticed a cracked tailpipe weld on a test vehicle back in May, and since then has found similar problems on other internally owned vehicles, all with more than 25,000 miles on the clock. To fix the problem, dealers will be replacing the mufflers. Scroll down to read the official notice.


SUMMARY:
Porsche is recalling certain model year 2012-2013 911 Carrera and Carrera 4 vehicles manufactured from March 7, 2012, through November 12, 2012, and equipped with a standard (not sport) exhaust system. The exhaust tail pipe may fracture and separate from the rear muffler.

CONSEQUENCE:
If the exhaust tail pipe separates from the muffler it may become a hazard for other vehicles on the road, increasing the risk of a crash.

REMEDY:
Porsche will notify owners, and dealers will replace the rear mufflers free of charge. The manufacturer has not yet provided a notification schedule. Owners may contact Porsche at 1-800-767-7243.