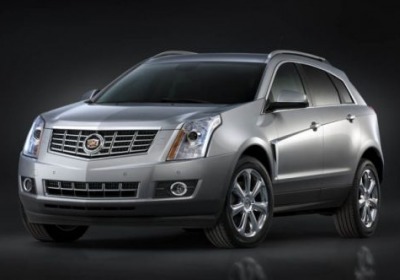 Prepare for a few years of technological saber-rattling, as the world's automakers begin pushing to bring self-driving cars to market. Earlier this week, Nissan announced that it aims to offer autonomous vehicles by 2020, while Google, BMW and several other marks are working on similar efforts.

General Motors is doing things differently, though. Rather than push for a fully autonomous car, it's continuing to refine its semi-autonomous Super Cruise, a product that we tested in April 2012 and that will eventually see use on some Cadillacs before trickling down to the rest of the General Motors family. Super Cruise, which is undergoing testing in the Cadillac SRX, doesn't take complete control out of the driver's hands. Rather, under a very specific set of circumstances on the freeway, it will marry the capabilities of things like lane departure warning and adaptive cruise control to allow the driver to take their hands off the wheel. All of which sounds a lot like the system Mercedes-Benz is launching on the 2014 S-Class.


The system is still in development, according to John Capp, GM's director of electrical controls and active safety technology. Now that that the biggest hurdle, steering control, has been cleared, GM's engineers can focus on things like teaching the system to adapt to differing road conditions and visibility levels. As we reported in 2012, Super Cruise is still befuddled in low-visibility situations or when road markings aren't particularly clear.

And for those who are worried that semi-autonomous cars will lead to drivers treating the cars as fully autonomous (a seriously dangerous situation), GM engineer Charles Green tells USA Today, "Super Cruise will be designed in a way to help keep your visual attention on the road ahead. The 'how' is something that will become more apparent as we show Super Cruise in its later versions."