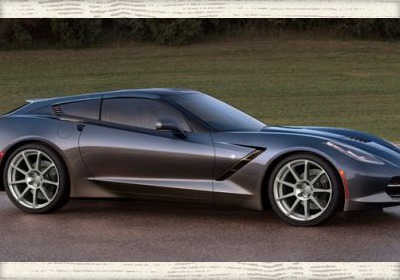 Callaway has released a few renderings of a design study for a shooting brake version of the C7 Chevrolet Corvette Stingray. The company says it wants to create a long-roof version of America's sports car to offer buyers more interior room and a vehicle with "unique style." The company says it will use structural carbon fiber for the new body bits, which suggests the conversion shouldn't add too much more weight to the Corvette. Along with a few mechanical tweaks, the Callaway Corvette Stingray AeroWagon could breeze past the 200 miles per hour barrier.

Provided that they get enough interest, Callaway estimates they will be able to effect the changes on the Chevrolet for around $15,000, and says the conversion work should be available through its network of dealers. You can check out the brief press release below for more information, or head over to the Callaway site to plunk down a deposit – but before you do, we want to know... do you find this C7 wagon interesting? Vote in our poll below, then feel free to leave a few lines in Comments.

Fitted to the Callaway version of the C7 Corvette, the Callaway AeroWagon is projected to be a 200+ mph automobile while still returning the highest mileage rating in the supercar segment.

Based on market reaction, Callaway plans to produce the conversions coincident with the release of production C7 Corvettes this Fall. The AeroWagon option is projected to be under $15,000 and available through Callaway Dealers nationwide.