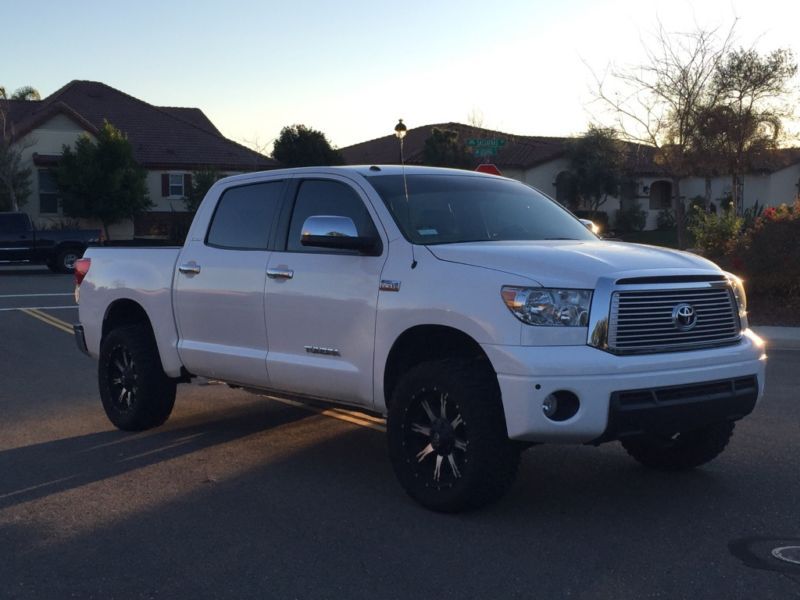 If you have questions email email me at: tishatccappa@uknuts.com .

Loaded Tundra Limited with full warranty to 100k from Toyota, leveling kit on Fuel Wheels with 33" mud terrains at 90%, navigation, heated seats and mirrors, voice command, Flowmaster full exhaust, SCT tune, not a scratch on it.