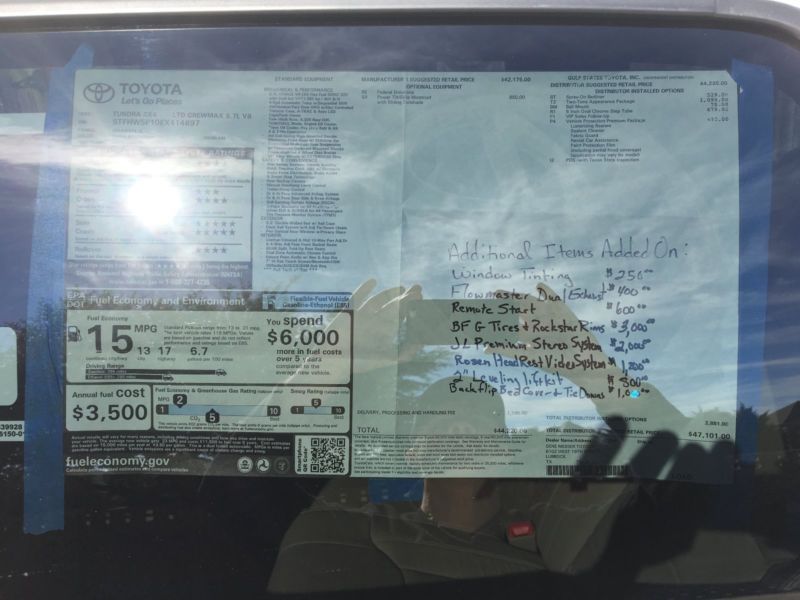 I am always available by mail at: bethany.cavaiani@toothandmail.com .

2014 Toyota Tundra CrewMax Limited Edition.
This truck has everything you would want in a truck and more.

Aftermarket items:
- Window Tinting
- Flowmaster Dual Exhaust
- Remote Start
- BF Goodwrench Tires (305's) and Rockstar Rims (My FAVORITE addition)
- JL Premium Stereo System (my other FAVORITE addition)
- The stereo system is amazing. It can get VERY LOUD and there it has such clear sound even when volume is up.
- 10" Sub with sub volume know
- I constantly get comments on how awesome the stereo system is.
- Rosen Headrest video system with 2 wireless headphones and 1 game controller
- 3" Lift/Leveling Kit
- Backflip Bed Cover and Tiedowns