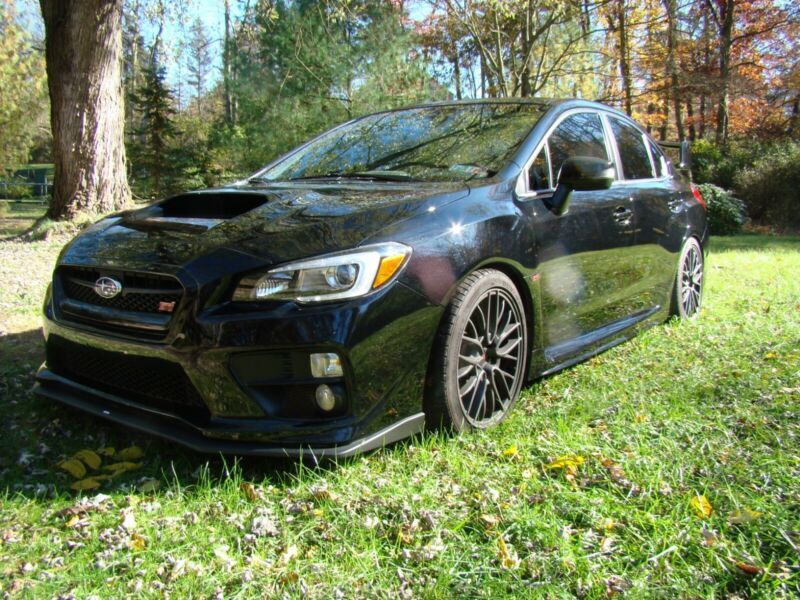 2017 Subaru WRX STI. This black beauty is a like new low mileage car. Professionally maintained, never been smoked
in, never driven in snow, and garaged its whole life. After market exhaust and lowering springs have been
installed since new (original parts are included) and the car has a professional window tint job on it. This car
is near brand new condition. It had a roof rack on it and there's some slight creases on the plastic roof rails
from the clamps, and one chip in the paint on the front end picked up on one of its annual trips to H20i. Other
than that it's perfect - still smells new when you open the door after it has been sitting in the garage for a
while.