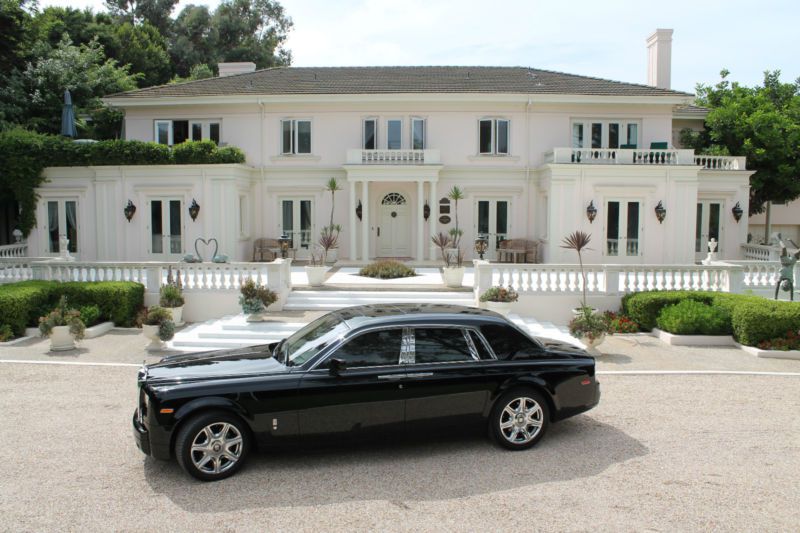 For more details email me at: genegbbecket@westhamfans.com .

Stunning Midnight Black 2006 Rolls Royce Phantom with low miles.This awesome "King of All Motorcars" is in nearly new condition and is finished in Midnight Black over Beige Cream.
It comes loaded with nearly every option available including Veneered Instrument Panel($1,100), Crossbanded Elm
Cluster Veneer($2,200), Steering Wheel Spokes($600) & Picnic Tables($1,800). Camera system front and rear($3,300),
Upgraded Premium 21" Chrome Wheels($3,000), Six-Disc DVD Changer($1,500), Slide/Tilt Sunroof, Theatre Config-Lounge
Seat($5,000), Seat Piping($1,400), "RR" Embroidered Headrests($800), and Blue Chrome Interior Package($1,300). Over
$22,000 in Option Upgrades.
There are too many details to list! This car was cared for by Rolls-Royce Dealer for it's entire life and All
Service Records in hand. If you are looking for a Rolls-Royce this car cannot be passed up. When you close the
doors of a Rolls-Royce you are enveloped into another world. Quiet luxury and power to move this sedan at speeds
that will amaze.
If you are searching for the perfect Rolls-Royce with a rare color combination this is your car. No expense was
spared in the maintenance or upgrades. Owner upgraded to premium 21" Chrome wheels, but retains the original
Aluminum Wheels.