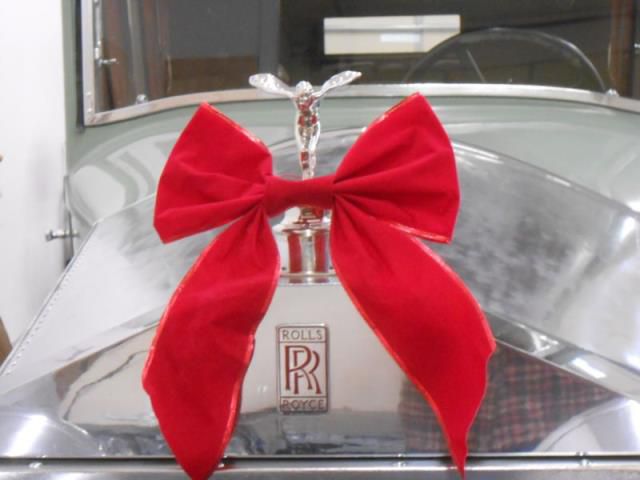 There's any number of applications in which you might expect to find carbon fiber on an automobile, but a Rolls-Royce is not one of them. That could change in the near future, however, as the super-luxe auto marque is reportedly looking into using the lightweight material on a range of special models.
The idea, according to Edmunds, would be to rebody certain models in carbon fiber as a sort of in-house coachbuilding operation for discerning customers looking for something a little different from what the neighbors in the next mansion or ivory tower over have in their gold-paved driveway. While the carbon-fiber bodywork might help shave off some of the weight from a range of cars that tip the scales at 5,500 pounds or more, the principal notion here is exclusivity.
The business case for these bespoke automobiles apparently stems out of two developments. For one, the vast majority - over 90 percent - of Rolls-Royce customers opt for some manner of customization or another. For another, parent company BMW has been working hard to reduce the cost of carbon-fiber production in particular for the new i3, and that expertise could turn these premium-priced creations a greater cash cow for Rolls-Royce than the development of a sport-utility vehicle ever could.