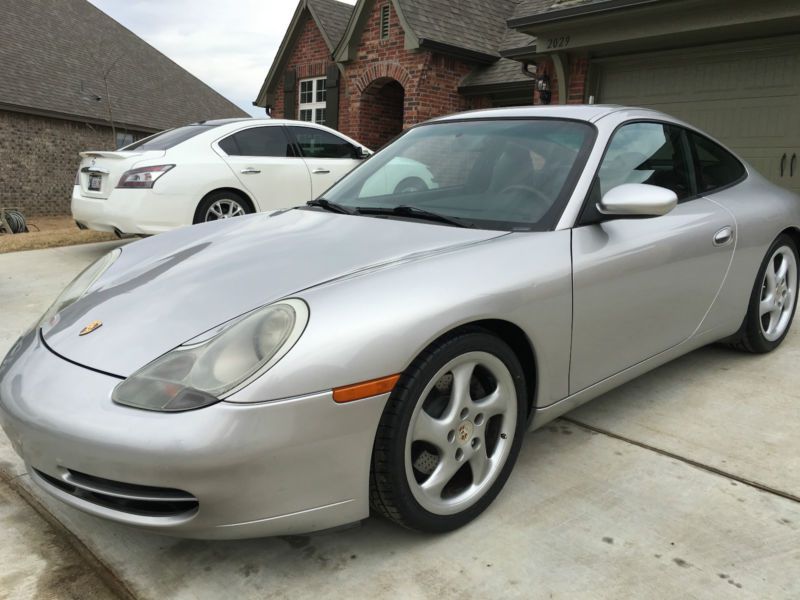 If you have more questions or want more details please email : careycmmendillo@pompeyfans.com .

1999 Porsche 911 Carrera. I will explain in as much detail as possible so there are no surprises and fully
disclose the condition. Has 6 speed manual transmission and all syncros are good and clutch is strong. Everything
works as it should on the entire vehicle, i.e. Cold a/c, sunroof, power locks, windows, gauges, ect all function
properly. No warning lights and has a clean car fax. I put new Bridgestone Potenza tires on the factory 18" wheels
earlier this month. I have tried to take close up pics as best I could to show the few minor flaws on the car.
Aside from those there are some very minor scratches most of which could be buffed out and a few very minor dings
that could be PDR'd out fine.
I recently had the car checked out and there are no check engine lights on but the computer is reading that there
is camshaft deviation which is a sign that the IMS bearing is beginning to fail and I do not know the history of
the car and have to assume that the update has not been done. I am told that it would cost $2,200 for the IMS
update but I do not have the money to invest in the car right now. The car is priced extremely low which would
allow the update to be performed and still be well below market value. The car runs perfectly well but I am not
going to drive the car any longer and would recommend a transport to the buyer. It is better to be safe than sorry
at this point. The clutch is strong and does not appear to need a replacement at this time.