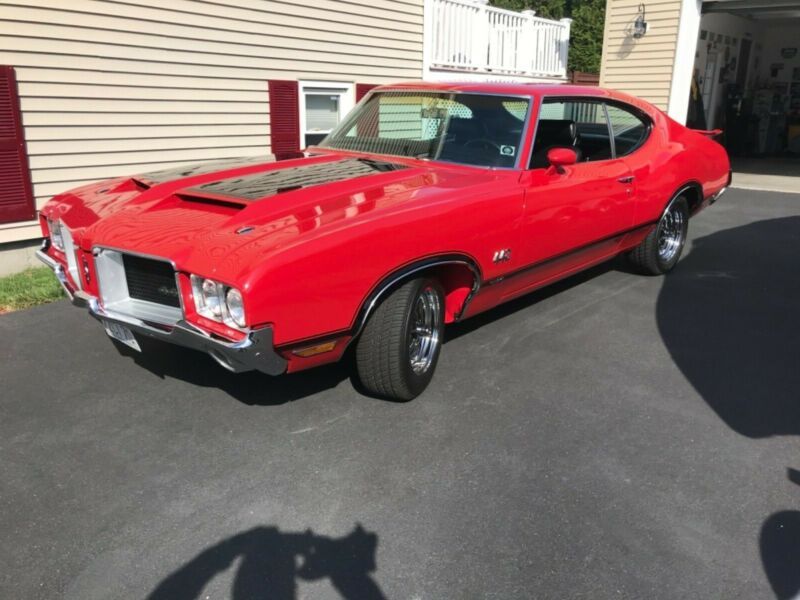 1971 Oldsmobile 442, repainted in original matador red code 75 at some point, car runs and looks great, engine is
not number matching, has real OAI ram air hood, and rear wing, tic toc tac, tach works, clock doesn’t. Hurst
shifter, Interior is flawless including carpet and head liner, all interior and exterior lights work, emergency
brake, wipers, gas gauge, cars runs at 180F even on hottest days,W30 emblems and red inner fender wells and MSD
ignition added before I purchased. Black stripes on hood and sides are clear coated, paint seems very thick.The
chrome bumpers look flawless, the grill and emblems as well.Also wanted to mention the speedometer seems to be off
by 7-8 mph due to increasing the wheel size from 14”-15”, it didn’t bother me so left it. This is a non ac
car, but heat works well, all windows operate and doors and trunk and hood all open and close easily.