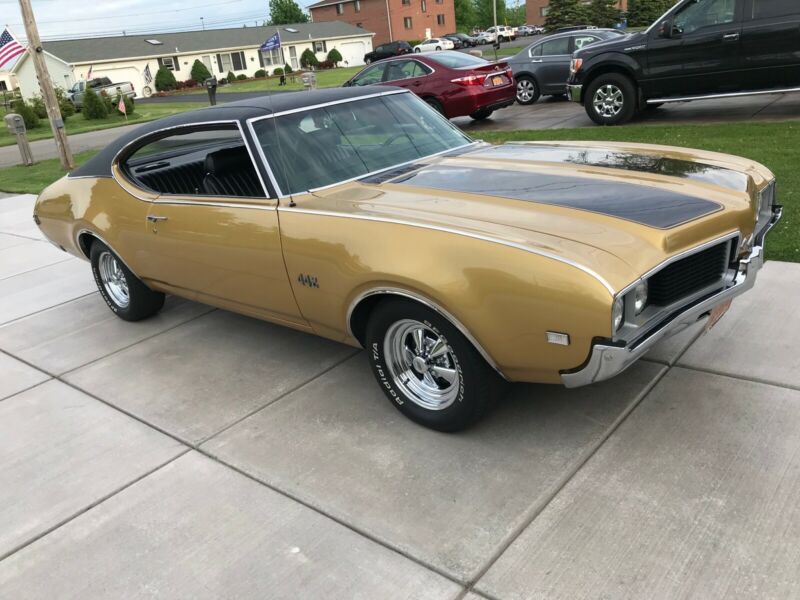 1969 Oldsmobile 442 . The vehicle has gone through an extensive frame on restoration in 2015. Every aspect of the vehicle was addressed. Approximately 5500 miles on the build since it’s completion. Vehicle has a high powered 455 ci (beast) of a motor, The original
400 turbo transmission rebuilt With a shift kit added and original 12 bolt Posi rear end rebuilt. It now has 373
gears. Vehicle has never seen salt, snow, or rain. No leaks, no drips, no smoke, no overheating. Vehicle has an
abundant amount of power. Interior is flawless. Vinyl top is also flawless with absolutely no bubbling or rust
underneath..This vehicle is not a New York car. Vehicle has not seen rain,
salt, or snow. Vehicle equipped with power steering, power brakes, factory air which is not complete,
high-performance aluminum manifold. Holly double pumper BRAWLER carburetor. Hooker long tube headers. Electronic
coil and distributor and High temperature 8 mm plug wire set. High performance cam and lifter set. Cragar racing
rims With BF Goodrich P235/60 R15 radial tires. All of the chrome and Glass are beautiful.