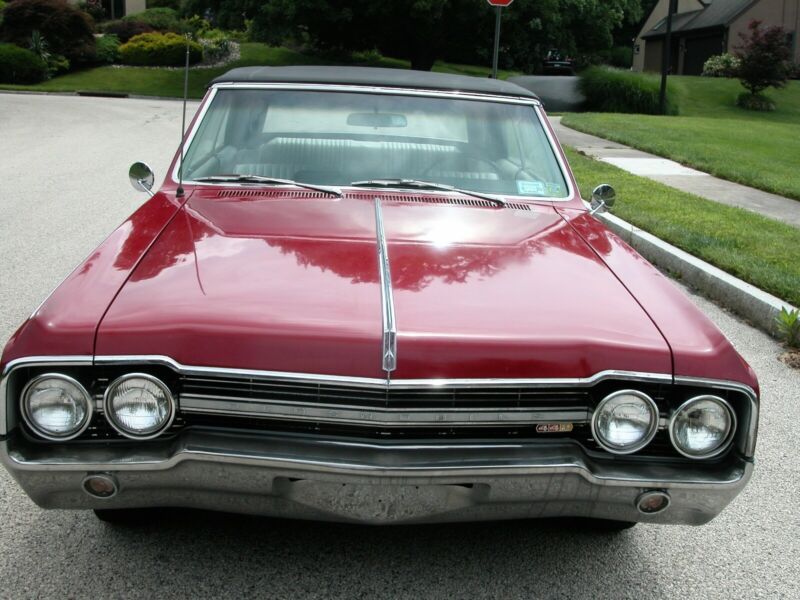 There are only 15255 mi. on the odometer, with a 400 cubic inch displacement (CID) V8 powering a 2 speed auto
transmission. The bright red body complements the special order white seats, and new black conv. top.

The definition of 4-4-2 refers to the original model, four barrel carburetor, four speed transmission, and dual
exhaust , This model in particular
has the V8 with 400 cu inches, a 4 barrel carburetor - 515 cfm Rochester Quadrajet - and a 2 speed automatic
transmission. It also has a 6000 rpm tachometer, & great wire wheels!.

CAR LIFE magazine reports that the automatic model ran the quarter mile in 15.5 seconds at 80 mph, and accelerated
from 0-60 in 7.8 seconds.

The 4-4-2 has a reputation as one of the best handling mid-size cars in all of General Motors.