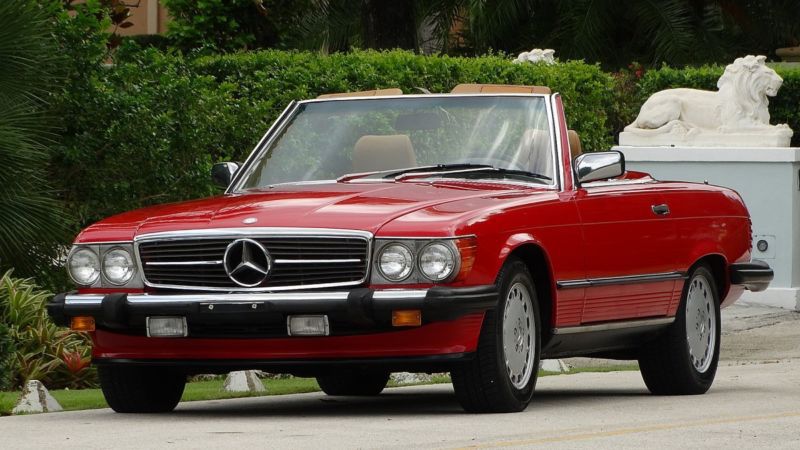 More infos regarding my car at: lovellalggoike@ukbikers.net .

1987 MERCEDES BENZ 560SL ROADSTER IN EXCELLENT CONDITION INSIDE AND OUT. RUNS VERY WELL AND HAS ALWAYS BEEN WELL MAINTAINED. COMES WITH BOTH THE MATCHING HARD TOP AND BLACK CANVASS CONVERTIBLE SOFT TOP. REALLY NICE PALOMINO LEATHER INTERIOR WITH BEAUTIFUL WOOD VENEER TRIM. POWER WINDOWS, DOOR LOCKS, CRUISE CONTROL, AND AIR CONDITIONING. HAS THE FACTORY RADIO BUT IS INOP. A GOOD AFTER MARKET RADIO WITH A CD BUILT IN WOULD BE A GREAT REPLACEMENT. GOOD SET OF TIRES MOUNTED ON FACTORY ALLOY WHEELS.