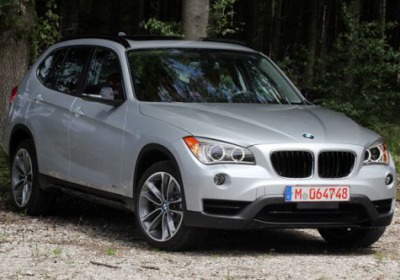 BMW managed to eke ahead of Audi for the global luxury sales crown in February. According to Bloomberg, BMW saw deliveries swell by 7 percent in February, besting the 3.2 percent jump enjoyed by Audi and giving BMW a 407-unit delivery lead over its rival last month. Mercedes-Benz, meanwhile, continued to falter, with the brand selling some 37,229 fewer machines than BMW, whose factories are running at full capacity to keep up with demand. Models like the X1 (shown above) enjoyed a sales increase of 40 percent in February while the company's bread-and-butter 3 Series jumped by 26 percent.


Mercedes-Benz hopes to stem its continued market share loss with the addition of the entry-level CLA sedan to its portfolio in April. The company is set to roll out an updated version of its cash-cow E-Class at the same time, and a new-generation S-Class will follow along shortly thereafter. Meanwhile, the company is increasing production to meet demand for its A and B-Class models.

See also: Toyota GT86 engineers explored shooting brake and sedan variants, are they still in the cards?, 2014 Mercedes-Benz SLS AMG Black Series [w/video], World Car Of The Year down to its final four.