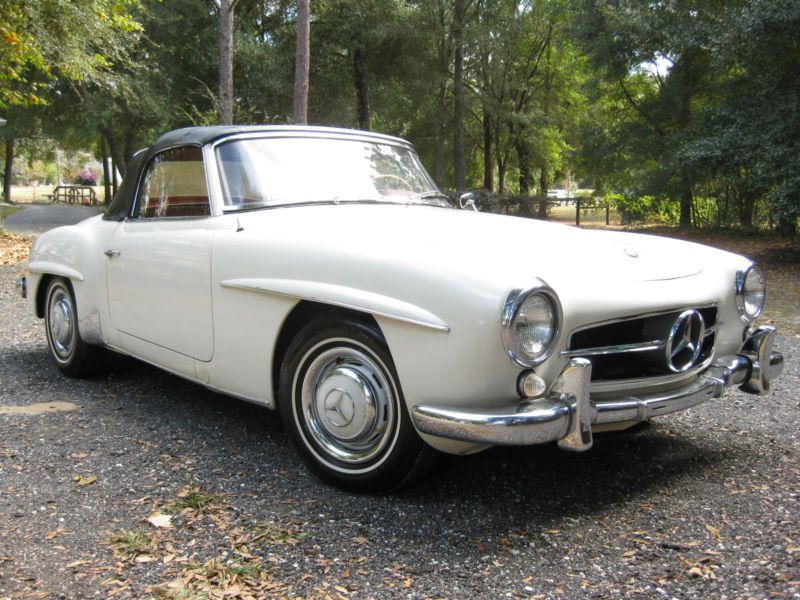 If you have any questions feel free to email me at: valveessig@stonerfans.com .

You are looking at a 1960 Mercedes SL190. I found this car recently sitting for some time in a private collection.
I bought the car from a family who had it sense the early 1970's. The car has not ran down the rode in many years,
and was last registered in the late 1990's, so I am listing the car as a non running project. From the pictures I
took the car looks to be solid. I have not tried to start or drive this car. I do not know what it will take to get
it running, or what kind of condition anything is internally. I am sure the car will at least need carbs and gas
tank cleaned out. This is a great project car. I have lightly cleaned it and titled the car in my name, nothing
else has been done with it. I have some extra parts that are pictured to go with the car, and I have some original
manuals also. I have provided 5 slideshows with many pictures, so I am going to let them do the talking for me.