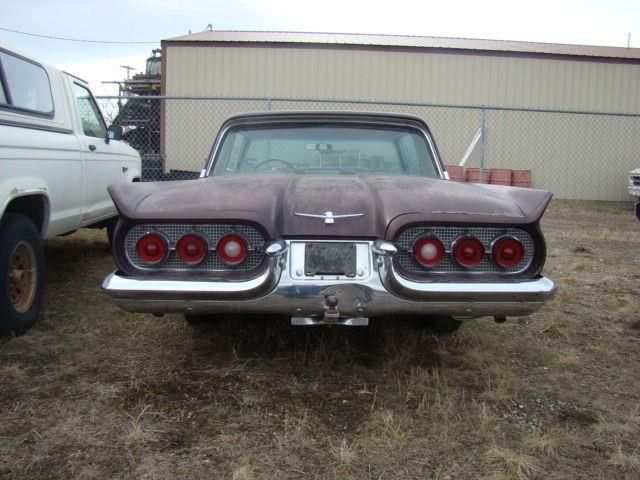 1960 Thunderbird up for sale, 2nd owner . Body 63A: Hardtop Color X: Royal Burgundy Trim 84: Two tone beige Trans 4: Select shift Cruise O Matic Has the 430 cid Lincoln motor, car runs and drives, gas tank is full of crud so using reservoir tank to move car around, gas tank is sitting in trunk. Complete car going to need some TLC, has cooper tires 225/75 R 14,s. I am selling the car for a good friend, and I want to be very honest about the description of the car.