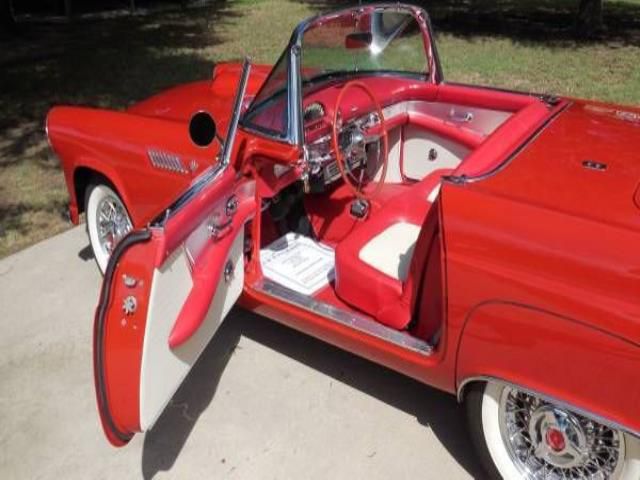 1955 Ford Thunderbird, fully restored, no rust car with 63,000 original miles. Automatic transmission, power steering, power seats, power windows, air conditioning, Coker radial tires and Kelsey Hayes wire wheels. Rack and pinion power steering has been installed making an excellent drive, but I also have all the original steering to go with the car. This vehicle has been entered in two car shows and received 1st place in one show and President's Choice Award in the other.