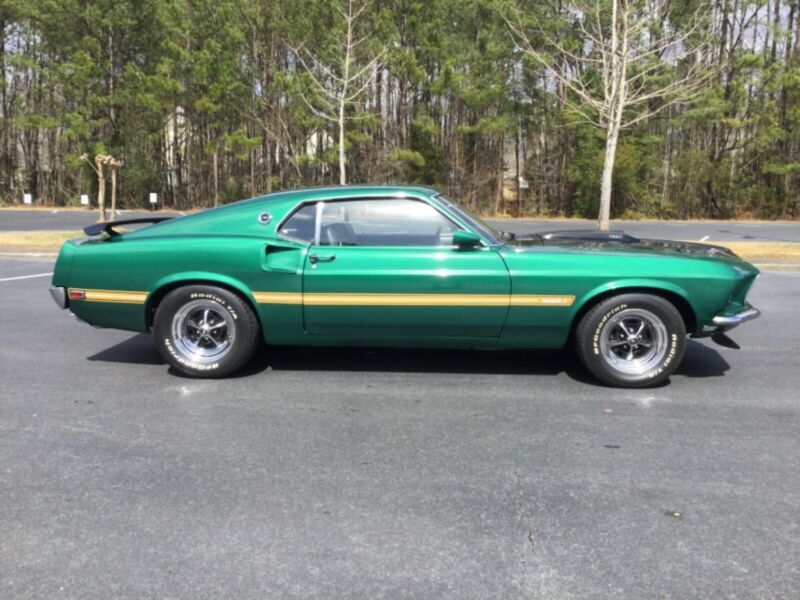 THIS IS A REAL 63C CODE MACH 1 WITH THE DATA PLATE STILL IN PLACE ON THE DRIVER'S DOOR AND THE VIN NUMBER PRESENT
ON THE DASH.
PAINT WAS ORIGINALLY DARK JADE AND AS YOU CAN SEE IT IS NOW A BEAUTIFUL EMERALD GREEN. THE BODY IS VERY STRAIGHT
AND SUPER SOLID. THERE IS A SMALL PAINT BLISTER ON THE TRUNK LID AND THE BOTTOM OF BOTH DOORS. VERY MINOR AND THEY
HAVE BEEN THERE FOR A LONG TIME WITHOUT GETTING WORSE. THERE IS ALSO SOME CRACKING IN THE PAINT NEAR THE BASE OF
THE ANTENNA. THE PAINT STILL SHINES UP NICELY BUT IS A LITTLE THIN IN SOME SPOTS.