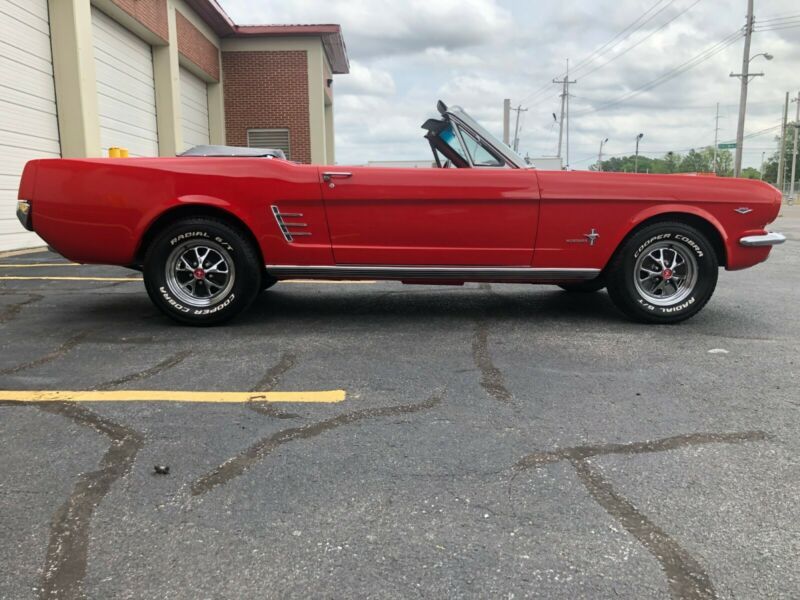 1966 Ford Mustang Convertible. Comes in Rangoon Red with a black interior. Rebuilt 289 c.i engine as well as a
fully rebuilt manual transmission. New ac system as well as power disc brakes. New clutch and flywheel were also
replaced during installation. Base coat clear coat paint job that is in excellent shape. Very straight car. All new
chrome inside and out. New interior which includes New convertible top. new liner and all new rubbers for the
convertible top as well as the well liner and boot. New seats, door panels, carpet, and dash pad. New Gt styled
steel wheels and tires. Undercarriage is rust free new exhaust this is in excellent shape.