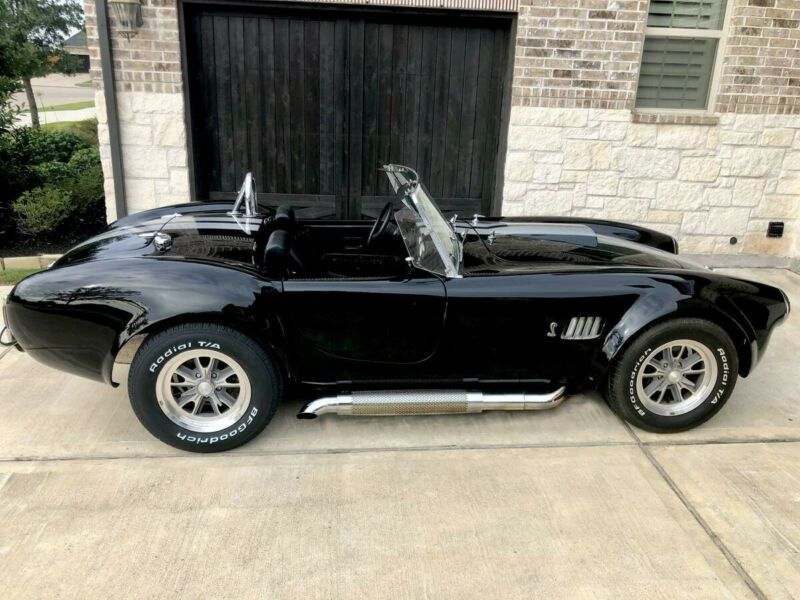 Check out this beautiful 1966 Shelby Cobra!

This 1966 Shelby Cobra has 10,166k miles on it and it's practically new! With an aggressive Black finish and
Titanium racing stripes paired with a beautiful Black Leather Interior, this Cobra is sure to turn heads everywhere
you go!

Under the hood sits a Chevrolet 383 Stroker V8 425+ HP Automatic Transmission! Take a look at the gorgeous engine
bay to see it dressed up and upgraded. Brand New Tires! Brand New Battery!Overall, this 1966 Shelby Cobra replica
is one gorgeous roadster that you can cruise around town with or take to your local car show any day of the week!

The vehicle is title as a 2001 Shelby Cobra. The kit was built from a Street Beast kit with all of the original
documentation included.