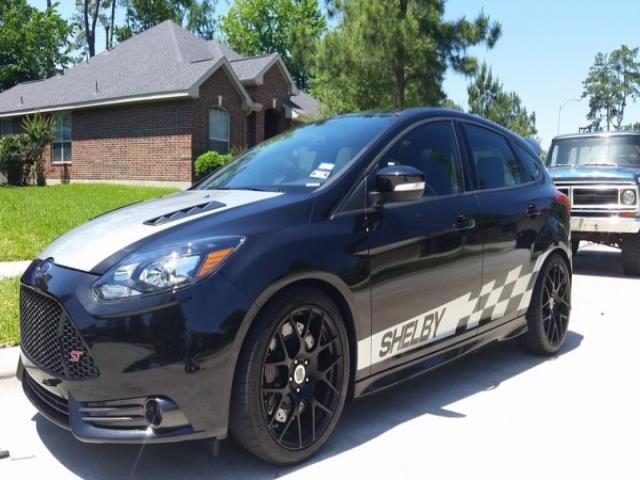 2014 Shelby Focus ST 3. One of only eight ( 8 ) total ever made. One of only four 2014 made. The ST 3 is the designation used to the top tier Focus ST (Meaning it came with all the options, including Recaro Seats.) I bought this car from the dealer with all options available, and when I sent it to Shelby to be built, I included all options they offered. After all was said and done, I spent total about $50,000.I have a 1987 GLHS Shelby Charger that is numbered, and I wanted to do this car to go along with it. This car is on the Shelby Registry, as with every car they build. In with the pictures is the full build sheet from Shelby, including the prices. Only 4000 Miles SIX SPEED Not only is this car a RARE collectors item, but it is one of the most spectacular car to drive. A Stock Focus ST has around 250HP, with the mods that Shelby put on, this car has around 300HP.With suspension work, this car is ready for the track, or to just zip around on your daily commute. Some of the options this car has from the factory: Recaro Seats. Sunroof. TouchScreen Nav. Sony 9 speaks Stereo system with Sub. Remote Start with keyless FOB. Some of the options this car has from Shelby: Larger intercooler. Willwood Big Brake Kit (front & Rear). Eibach Suspension. Shelby Rims. Borla Exhaust System.
Email me at : tremeure2chandler@laposte.net