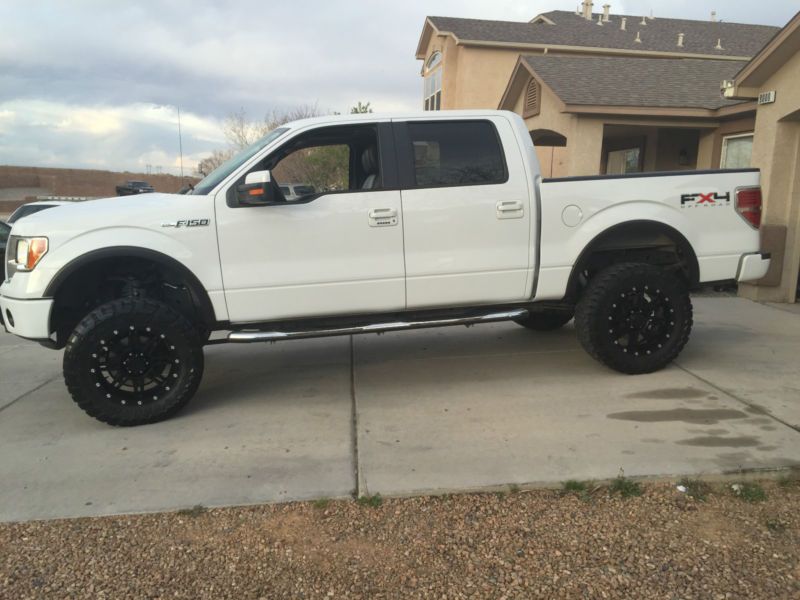 This 2010 F150 FX4 is equipped with the luxury package with top notch
Ford products that include, (Black leather, sync, sun roof, sliding rear window
power doors/windows, power pedals, and trailer brake. It has a stage 2, 6 inch
Pro Comp lift with 35 inch Open Country Toyo mud terrain tires,and 20 inch Pro
Comp wheels. It also has the black spray in bed liner, tinted windows, and has a
Viper monitored remote start alarm system to keep all crooks away. The
interior/exterior is perfect and is like new.You will save thousands from buying
a new one like this. If you by vehicle you will not be disappointed. It is like
a new vehicle, don't miss out and buy one of these other one's online this is
the best one.