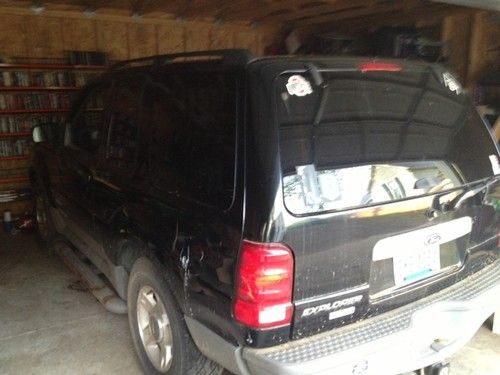 Truck runs but is rough. Just had oil pan seal changed and oil pump and motor cleaned on interior. Also valve cover gaskets changed. Has a coolant leak now and we're just done having it at the mechanics shop. Hopefully this truck will go to a backyard mechanic that can fix this motor or replace it. transmission and 4WD work fine, tires are great. Will need a battery as this one has a forever warranty and I'll find another of our vehicles to put it in. We can leave it in to start the truck and load it. Truck will only drive until it overheats so bring something to haul or tow it. Cash or Paypal only, title in hand. Truck is as is and I have listed everything that I know about it mechanically.