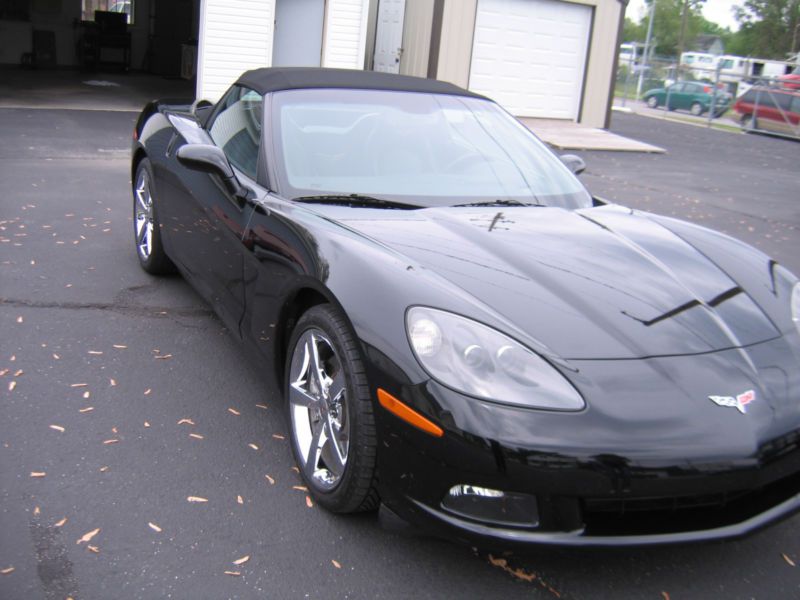 If you have any questions please email at: garlandgllafontain@ukhot.com .

This is for a 2010 Corvette Convertible , triple black, auto , ... 1 owner, my sister bought this car brand
new and the only one who ever drove this Corvette !! I have the 1 owner clear title, window sticker, all service
records, both key fobs, !! If you are looking for one like this then you will not find a better one.. 1 owner,
28,700 miles, never smoked in, never abused, no accidents, and no scrapes or damage, She bought the car when she
was 61 years old and took perfect care of this Corvette... Very Nice !! The car has 3lt group, power top, 6 was
power pass seat, memory package, heads up display, 7 speaker bose system, navigation, cd, 6 speed paddle shift
auto, exhaust dual mode performance, seat trim crossed flag, personal audio link, and it has the chrome wheels,
and more !! the car stickered for $67,345... Car shows very nice without wear ! My sister always parked
this car in my storage building for winter, she decided to sell and its someone chance to have a super nice
Corvette with all the books and records... I have a dealers license and I must collect sales tax if your not a
dealer, it is based on your state % and you will get a st108 that is honored in your state....