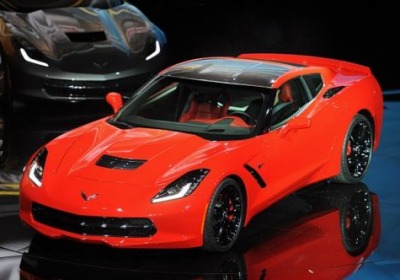 The official debut of the 2014 Chevrolet Corvette Stingray is only part of the excitement for fans of Chevy's virtuoso sportscar. Although we got to see the car and some of its preliminary specs in Detroit and Geneva, there is still no word on pricing and some of the juicier data points we've been waiting for – such as confirmed power output, EPA estimated mileage figures and performance numbers. Until then, CorvetteBlogger has gotten its hands on the order guide for the coupe version of the car – in both base and Z51 iterations – revealing tidbits like standard and optional features and available color combinations.


Some other new details made it onto the order guide, such as our first interior specs for the coupe including slightly less hip room and headroom, more shoulder room and the same amount of legroom. To see the full order guide, head on over to CorvetteBlogger. From what we can gather, it sounds like more information will be revealed on April 25 during a party at the Corvette Museum, and for those sun worshipers patiently waiting for a convertible, it would appear you've got another model year to wait through.