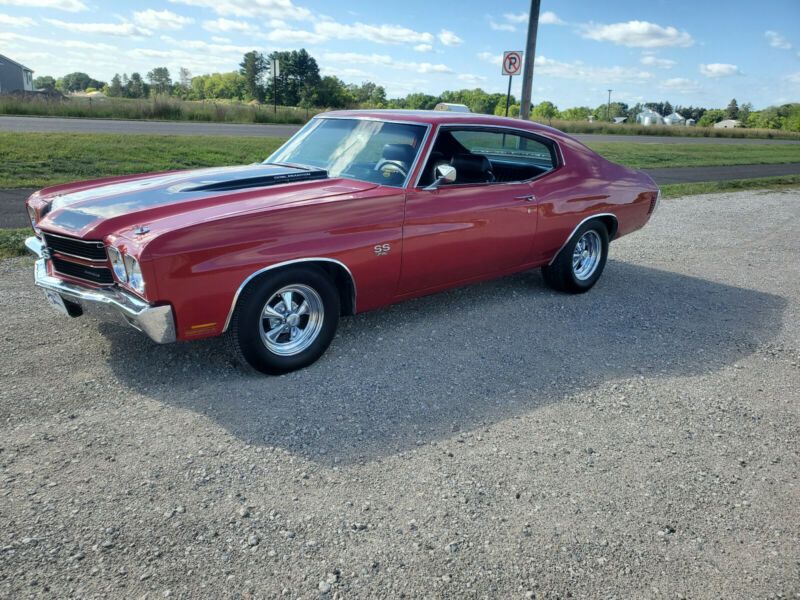 1970 Chevelle SS 396 4 speed car. This chevelle was built in Kansas and has L stamped on the cowl tag.
This chevelle has a 1970 Impala 396 engine. The rest of the car is numbers matching. The chevelle is a 4 speed
bucket seats!
The paint code is 75B cranberry red which the cars is in original color!
The car come with the cragar ss rim that are on it and the original 14" ss rims. The car runs and drives great.