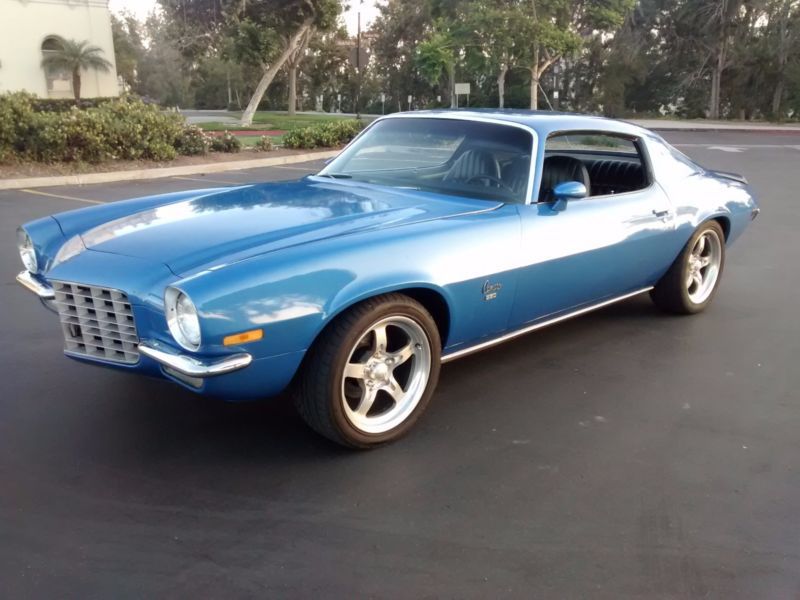 Send me an email at: geniagbbernhard@wbafans.com .

This is the same Camaro that rolled off the factory floor. Not some Frankenstein hotrod look-alike. This Camaro is
original down to the radio, stickers, and factory engine bay fasteners. Matching numbers of course, with original
black and blue color combo. Recognize as time goes on this thing appreciates more than someone’s backyard project
with pinstripe flames and “sweet headers dude”. A smart man once said it’s only original once.

Power steering and factory AC optioned Camaro. Drives real smooth with no noises and no mechanical issues, starts
first crank every time. A 100% turnkey and go classic. Cylinder compression is solid, the carb is tuned well, the
timing is on point, the exhaust is clean, and the plugs show a good burn. There is reason to believe the miles are
original from the documents and service records kept since 1994. No accidents ever, only one owner on record, 100%
made and owned in California. Always stored indoors, has never been stored outside under a tree or anything like
that, which definitely shows in the excellent condition of the metal and the interior. New weather-stripping and
rubber parts. New performance tires. The fluids are always kept clean and full. The original equipment Rally wheels
and caps will be included with the sale.