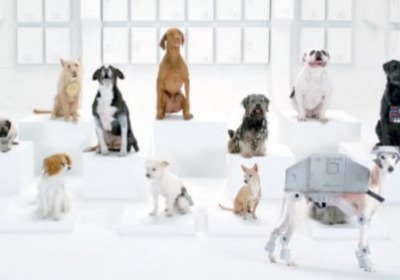 Who would have ever thought there'd be a day where people are able to skip television commercials only to go to websites to watch them later? Such is the joy of a DVR and YouTube. AdWeek tabulated the 20 most-watched ads on YouTube, and found that nine were car-related including eight coming from automakers.

Volkswagen continued its Star Wars theme with two ads in the top 20, including the highest-ranking car commercial The Bark Side spot at number three with almost 18 million views, which doesn't even have a single car in it. Some of our favorites are from Chrysler with Clint Eastwood in It's Halftime in America and House Arrest with Charlie Sheen for the Fiat 500 Abarth. Chevrolet, Honda, Audi and Toyota were the other automakers in the top 20, but we'd be remiss if we didn't at least mention one of the coolest ads on the list, the Hot Wheels corkscrew jump.

Of all the car videos, only the Fiat ad wasn't played during a Super Bowl. Check out all eight videos – in order – after the jump. Nike took the top spot with its My Time is Now ad that has been seen online more than 20 million times with Pepsi's Uncle Drew posted up in the runner-up; some of the other videos include four Old Spice commercials and an ad in which Snoop Dogg is pedaling Hot Pockets.

No. 3 Volkswagen "The Bark Side"


No. 6 Volkswagen "The Dog Strikes Back"

No. 8 Chrysler "It's Halftime in America"