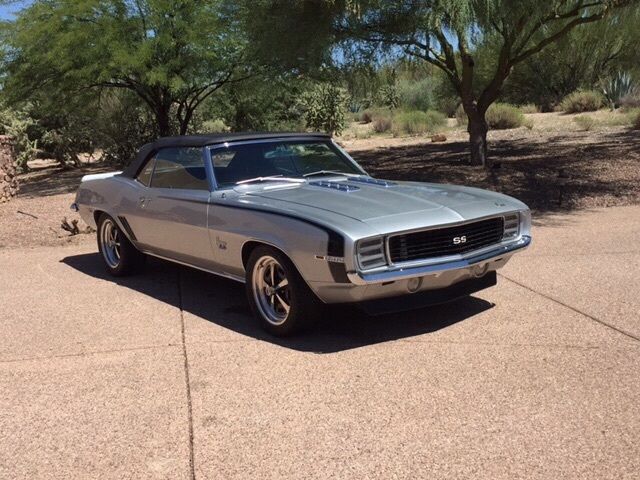 1969 Camaro Conv. RS SS 502 Engine, Automatic, Factory Ac, Very Nice, Silver with Black Painted Stripes Rear
Spoiler, Power Top, all Gauges Work, Headlight motors work well Car has been in storage for several years.
Serviced and ready to go. Runs and Drives Great. Tires should be replaced due only to age. Some minor paint chips.
Interior is very nice only minor defects. Email if you have any questions.