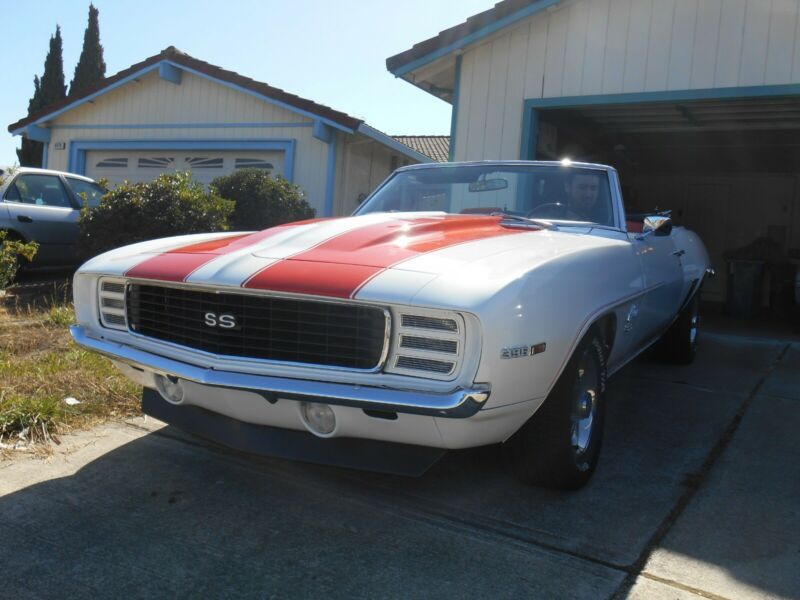 This Pace Car has undergone an extensive frame on restoration with recently rebuilt NON 396 engine with roller rockers and solid lifter. This originally was a 350 car and converted to a big block car including the correct heater box, radiator and suspension. The car also has a
rebuilt M21 4-Speed manual – original rebuilt 12-Bolt rear end, Chevy Rally Wheels with new T/A radial tires, new
Painless wiring with new power windows, power steering, power disc brakes, newly rebuilt power top and new top,
power door locks with alarm system, cal induction hood, rosewood steering wheel, dove white & hugger orange and new
orange hounds tooth interior. The brakes and the suspension has been completely rebuilt with less than 3,000 miles
since its restoration. The headlights have been converted to an electrical instead of vacuum, but can easily be
changed back. The electrical headlight set-up still needs some tweaking to work properly.