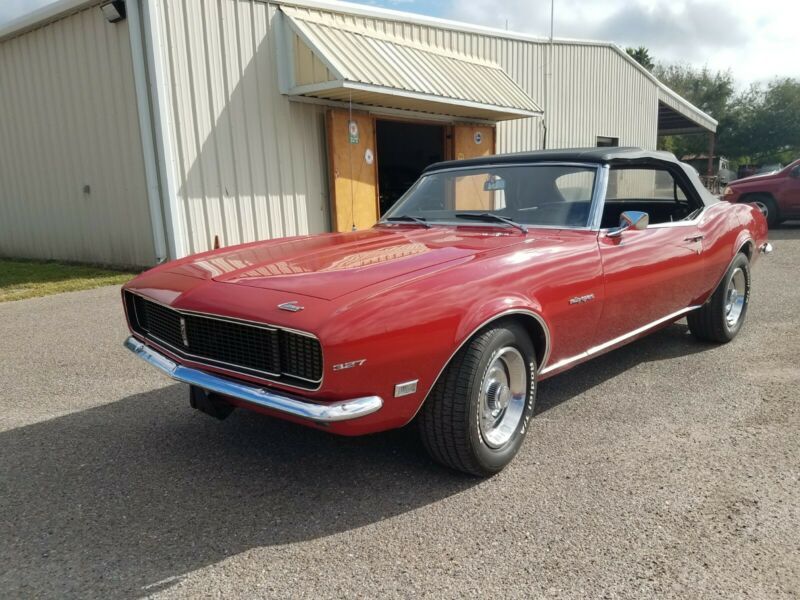 1968 Camaro RS convertible. Automatic with a 327 engine. Horseshoe shifter, 10 bolt. Convertible
top, rims and tires are brand new. Paint shines really well. Interior has no tears and is very clean. Car runs
smooth and has no issues. Solid floors, trunk, and has no rust at all. All lights are working. Hideaway lights.
Very clean car.