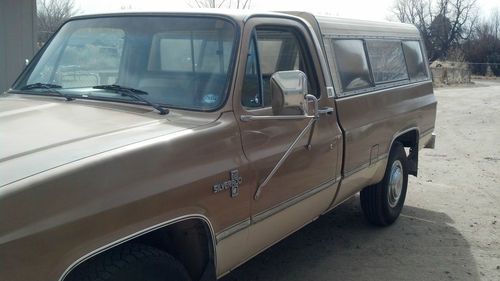 RUST FREE PAINT FADED ON HOOD ALL PANELS ARE STRAIT 55,000 ORIGINAL MILES TRUCK WAS BOUGHT TO TOW BOAT TO LAKE USED VERY LITTLE. I AM SECOND OWNER STEP FATHER PAST AWAY AND LEFT IT TO MEIN GREAT CONDITUION RUNS GOOD