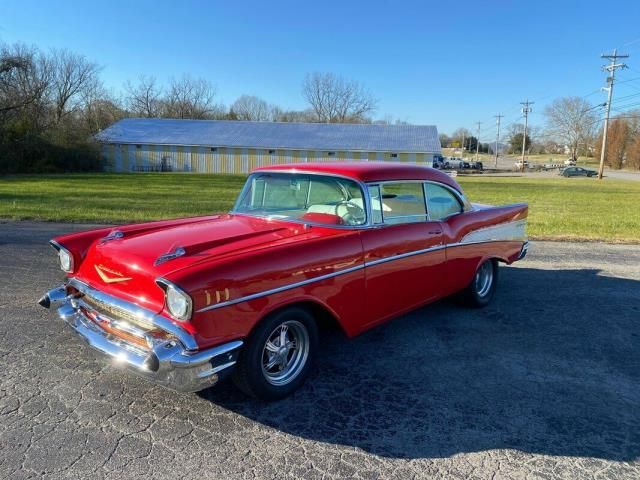 No call please. e-Mail : maelstrom@net-c.com 1957 Chevrolet Bel Airs are always the most wanted and this example will definately put a grin on your face everytime you drive it.
Theis example has undergone a complete restoration and was put together with high qualitiy performance parts. She is powered by a 540cui Dart engine with a Demon carburetor and breathing through Hooker headers and a Borla exhaust system. The power goes though a 4L80 overdrive transmission and a carbon fiber driveshaft into a custom 9" Ford rearend with a locker, so you can do burnouts all day long. The front axle is an Art Morrison Setup and you can really feel the ride quality going down the road.