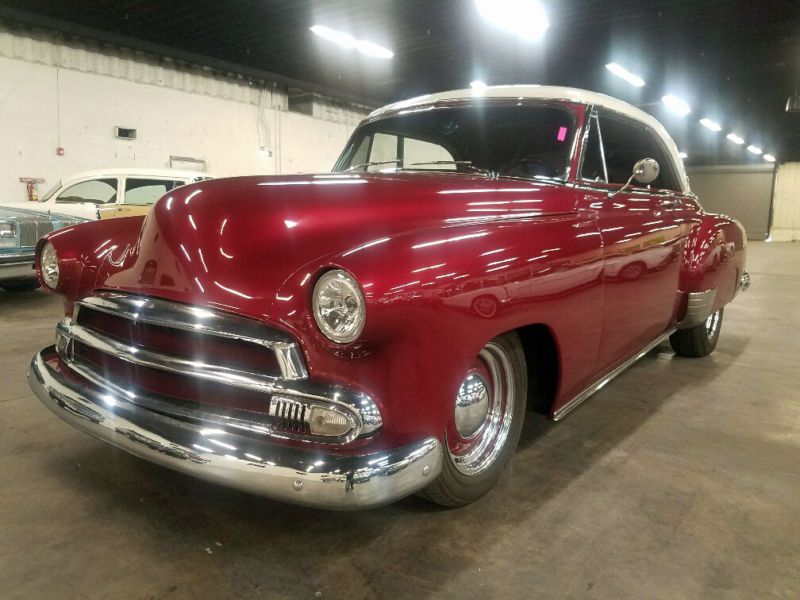 If you have any questions feel free to email me at: bokbppennacchio@clubaprilia.com .

You are viewing a newly restored 1951 Chevy Bel Air hard top with only 4001 miles on the odometer. If you have
been on the hunt for a Classic vehicle that, runs, handles, drives, brakes, performs, and gives you all the
amenities of a late model daily driver your search ends here!
We have come into an age where people want to own & drive classic cars as beautiful as this Chevy, but most dreams
are short lived soon as the cost of fuel hits your wallet and or the temperament of the old and out dated
technology leaves you stranded. Fear not- This is where Old meets New! This Chevy had a ground up restoration
performed and features a new Chevy based LS aluminum motor that will give you up to 23 MPG on the open hwy. Get
comfortable, set your destination and cruise!
Features:
Mustang II power rack
Disc Brakes
Coil Over Shocks
Aluminum Block 5.3 Liter LS based V8 motor (430 Hp)
4L60e Automatic Transmission
8.8 Ford rear end w/ 3:73 ratio 32 spline axles
Original Frame has been boxed and reinforced
Magnaflow Exhaust
Flaming River Tilt Column
Classic Instrument Gauge Cluster
Vintage AC & Heat
Power Windows, Power Brakes
Dvd/Nav Am-Fm CD AUX remote
Custom Leather Interior
Finished Trunk
Custom Accents throughout