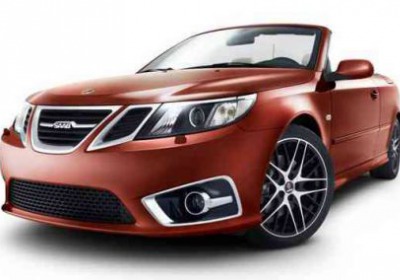 Do you believe in reincarnation? Like how we hope that, maybe, all of our hard work as auto writers will result in an eventual return as a swarm of beautiful butterflies. If you are a Saab fan, the equivalent could be this bit of news: The 9-3 Convertible may rise again, as an electric vehicle.

Word comes from the Dutch version of Autoweek that Chinese entity National Electric Vehicle Sweden (NEVS) has indicated that it will bring an electric version of the 9-3 Convertible to market in the next 18 months. The EV droptop would first debut in the Chinese market, but could expand, as could the lineup to other 9-3 variants, such as the sedan and SportCombi. A NEVS spokesperson has stated, "NEVS basically no doors holds." We're not sure if that's the spokesperson or the translation from the Dutch report, but you get the gist.

NEVS also indicated that conventionally powered versions of the 9-3 could be produced as well. The internal combustion engines could be the originally intended General Motors engines. Regardless of powerplant, we would be very eager to see Saab return, potentially as an EV to boot!