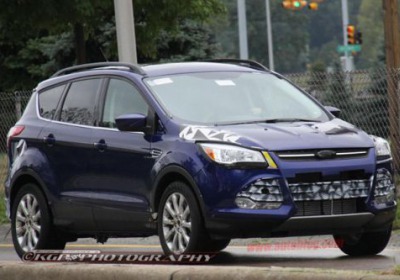 Fresh off the launch of the stylish new MKZ sedan, the newly named Lincoln Motor Company is reportedly preparing for a lineup expansion. According to TheDetroitBureau.com, the first new product joining the Lincoln brand is a small crossover based on the Ford Escape said to be called the MKC. We saw this machine testing a few months ago, and while we were hoping the name might be reserved for a future two-door model or even the diminutive Concept C hatchback, it looks like the "C" will stand for compact crossover instead.

The report also says that this crossover will be making its debut next month at the 2013 Detroit Auto Show, so we'll have to wait until then to see what the new model looks like. Unlike the MKX, which is based off the Ford Edge, we would expect there to be a lot more differentiation between the MKC and the Escape like Ford managed to do with the newest Fusion and MKZ.

In addition to the new MKC, the article states new MKS and Navigator designs are expected to debut by 2014.