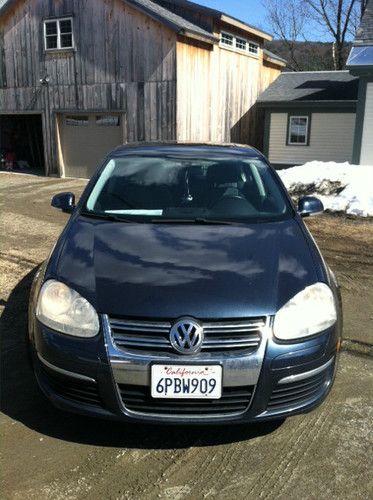 Condition: UsedA vehicle is considered used if it has been registered and issued a title. Used vehicles have had at least one previous owner. The condition of the exterior, interior and engine can vary depending on the vehicle's history. See the seller's listing for full details and description of any imperfections.Seller Notes:"The miles are mostly highway miles. I've had all the maintenance done on it over the years, required oil changes with synthetic oil, new tires in the last year, both radiator fans replaced, and new bearings in 2 of the wheels. I often got the interior cleaned when I got the exterior washed (once a month) so it looks fairly new but does need a vacuum. The buttons on my stereo system are peeling, the dealer said this was due to having sun tan lotion on my hands. If you look up the vin number the only thing that will come up is an incident in 2010 in Rockville Maryland where a girl side swiped it while it was parked in front of my house. Her insurance paid for all the body work repairs. There is a dent on the passenger side from where I took a corner in a parking garage to tight."

I am selling my 2006 VW Jetta since I now live in NYC and do not need a car. It is located in Erving MA at my relatives house. I left a key with my relative for showings. I will need notice before hand to arrange to come up from NYC for the final sale. It is currently registered as being stored but does have full insurance for test drives. This car is in great condition and I would love to keep it, but financially it does not make sense. I am selling it for the Blue Book value as I am not trying to make money off of it, just trying to get it for what it is worth. When purchased, it would need to be picked up by the new owner, I can not deliver. I am the original owner, I bought it from the Keene, NH dealer in Dec. 2006. I can not offer a warranty, so this would be an as seen/as driven sale, but I have kept really good care of it (see condition description portion of the ad).