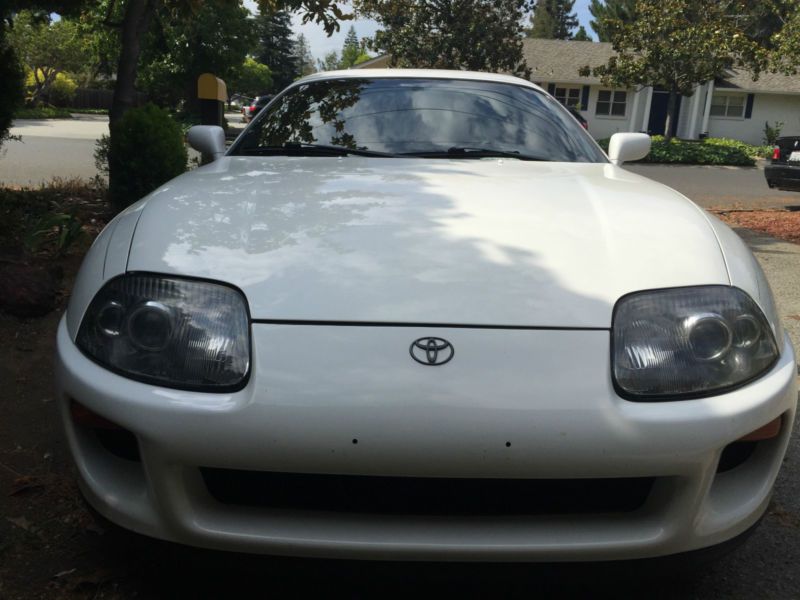 Twin turbo, automatic, clean title. This supra has been in california all the time it has been well maintained.
This is a garage queen non smoker.
Engine pulls very hard and runs great, turbos work and whistle like new.
The only mods are the rotors not stock drilled rotors and heavy duty alluminum radiator thats all.
This is mostly stock not a lego supra or converted to a single turbo or a steroids supra, 320 hp thats enough for me.