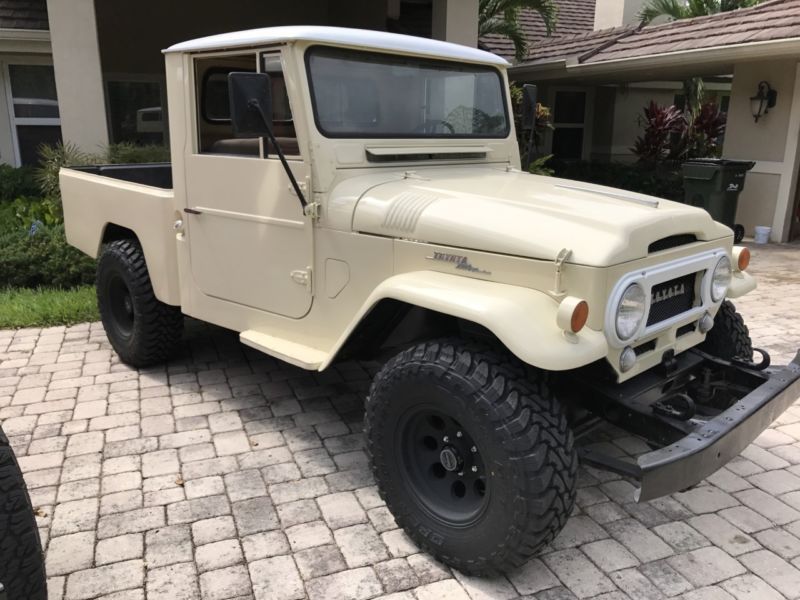 Available for acquisition is an extremely hard to find 1964 Short Bed Landcruiser. This truck has been well cared
for and is complete as you would want. The rear sliding windows are the original etched glass with both functioning
locks. Lights work and include the military style front/rear only function. The original underbed spare tire
carrier is in place with a spare along with an additional spare in the bed. I have the original split rims that are
available if you prefer those over the black wheels and Toyo MTs. There is no radio as it never had one but driving
this truck with the windows down is plenty of fun. Truck is quiet and has good power..