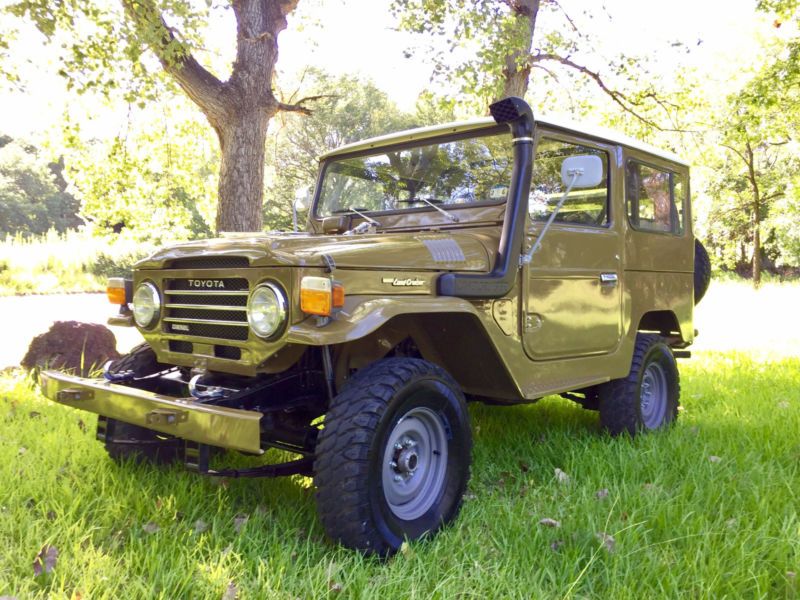 The one & only in the world BJ40 "Wide Fat Forty." An extremely rare classic & investment that is certain to
increase in value. Matching engine. The extra 6" allows you to put much bigger engine in if you desire...bigger than what any other
guy has. Every detail was painstakingly recreated down to even the precision spot welds and period correct 653
Olive Green paint that remains in great shinny condition. The frame, drive train, doors, fenders, and accessories
remain OEM factory so parts will not be a problem. This vehicle includes front disk brakes, power steering, OEM 15"
rims, and a book of photos documenting the restoration. The vehicle is mechanically sound, runs great, free from
rust, and has a little patina respresentative of a vehicle this age.