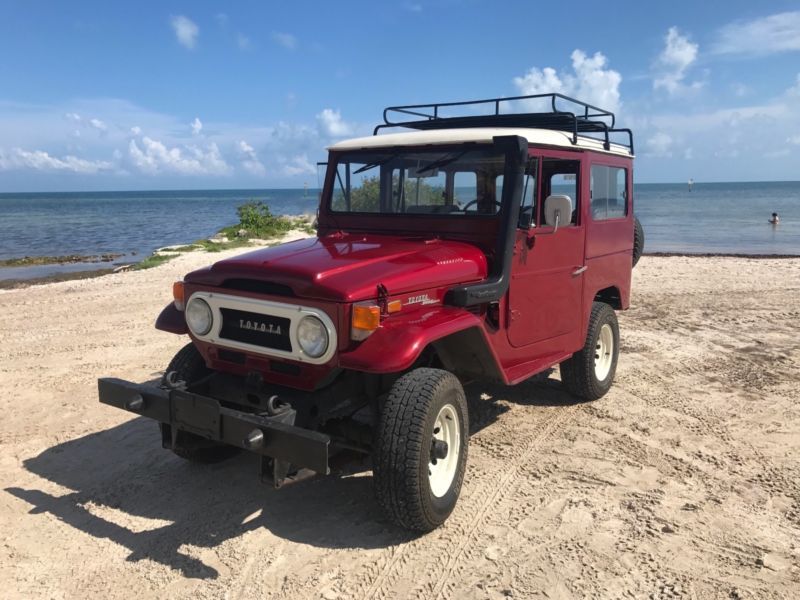 1974 FJ40 Land Cruiser
This is a Matching Numbers example with a Verified Mileage of an unheard of 20,360 miles (32,767 km). This
Particular FJ has NO RUST ( Never had Rust , NO RUST repairs ) and still has its Factory Snorkel, Original Front
Warn Locking Hubs, and Factory Spare Wheel Swing-Away Assembly
The original F Motor has just been gone through; flushed lines, cleaned Carburetors, new Distributor and Gaskets
were installed. We have had no problem breaking 75 MPH since that work was carried out.
The Chassis and Transmission are Original. The Chassis has been cleaned and coated
The Transmission has been gone through and shifts smoothly through all 4 gears