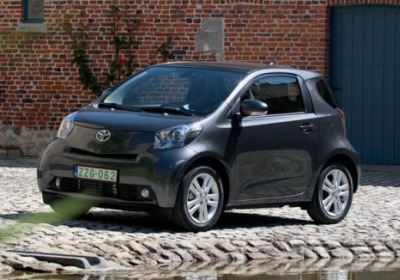 While slow sales and a $50,000 price tag may have been contributing factors to the Aston Martin Cygnet being cancelled last month, Aston Martin CEO Ulrich Bez is pointing the finger at Toyota for the demise of this luxurious little city car. In a discussion with Autocar, Bez is quoted as saying that the ultimate reason the Cygnet was cut is because Toyota plans on dropping the iQ (on which the Cygnet is based) in 2014 – a claim denied by the Japanese automaker.

Interestingly, the article also cites another publication reporting that a Toyota importer in the Netherlands heard the same news as Bez, and it has already stopped importing the cars. If the European Toyota iQ is cancelled, that would likely spell the end of the slow-selling Scion iQ in the US, which has sold just 3,365 units through September (a drop of 51 percent year over year).

Regardless of why production of the Cygnet ended, Bez also says that a lack of support from Toyota on the project prevented it from being offered in the US or receiving a supercharged engine, which are two factors that likely would have made the car appealing to more buyers.